Ostrich oil comes from the fat of the ostrich, which is found between the ostrich’s muscle and skin. The biggest flightless bird in the world, the Ostrich has been a valuable source of food, leather, and personal care purposes for thousands of years for many native tribes. For centuries ostrich oil has been used by Egyptian, Roman and African cultures for the relief of dry skin, burns, lesions, eczema, sunburn, and even dry hair. 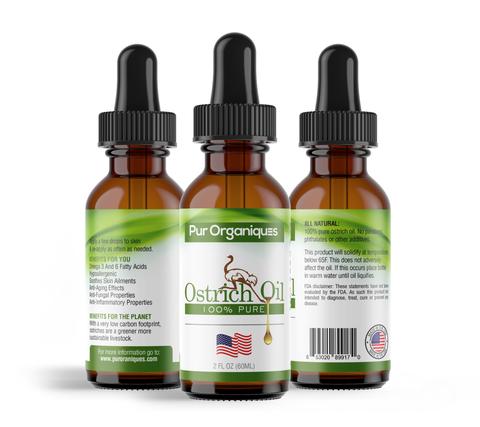 The Omega 3, 6 and 9 fatty acids which promote the growth of new skin cells and are naturally rich in vitamins well known for skin rejuvenation. Ostrich Oil’s anti-inflammatory properties make it ideal for relief for arthritis, muscle and joint pain, insect bites, stretch marks, sprains, rashes, aging, wrinkles, hemorrhoids, and as a massage oil.

Ostrich Oil is an exceptional moisturizing, penetrating, and therapeutic oil that absorbs quickly and provides luxurious moisture for hours. The oil proves moisture without clogging skin pores or leaving your skin feeling greasy. It is safe for humans and animals. The benefits of ostrich oil include:

Ostrich oil contains Omega 6 (Linoleic), Omega 9 (Oleic), Essential Fatty Acids (EFA’s), and certain Vitamins and Amino Acids to help maintain the health of your skin membranes. These omega oils cause the Ostrich to have the most powerful immune system of any land animal. These properties promote healthy and youthful skin, penetrating deeply into the skin providing luxurious moisture for hours without clogging pores, unlike petroleum-based products.

Ostriches convert the vegetable oil in seeds to an animal fat that is extremely high in EFA’s. The Myelin Sheath, which insulates our nerves, consists of EFA’s and when the body lacks these, our nerves become irritated and inflamed which can cause many nerve and skin conditions. Because it replenishes the EFA’s, it is naturally soothing. 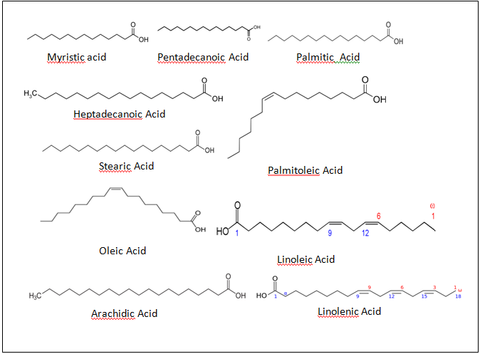 Our Ostriches are fed a vegetarian, all natural feed so there is no introduction of animal by-products, growth hormones or antibiotics in the oil. This means the pure natural oil is great for your skin. For all of these reasons, ostrich oils are used widely in the cosmetics and pharmaceutical industry.